Lánre is back with a NEW single called “Human” and we at ASLI are excited to have her as our Artist of the Month for May 2016.

Lánre has been featured before in ASLI Magazine in our first ever issue; “Celebration of Women” here is her previous interview with us:

The single “Human” is a poetic plea to humanity which illustrates the complexities of existing and the continued strife of obtaining perfection. The line “We are all broken so that light can come in” is the sound of hope, a comforting sentiment which is powerful when sung in the soulful voice of Lánre. Making you feel less isolated in the world – making you feel as if your broken pieces can serve a purpose, that in a fragmented state there is aspiration to find a positive resolution.

The sound is fresh and atmospheric; an ease is felt when listening. This can be enjoyed for its poignancy, just as well as it can for its mellow chill out vibes. 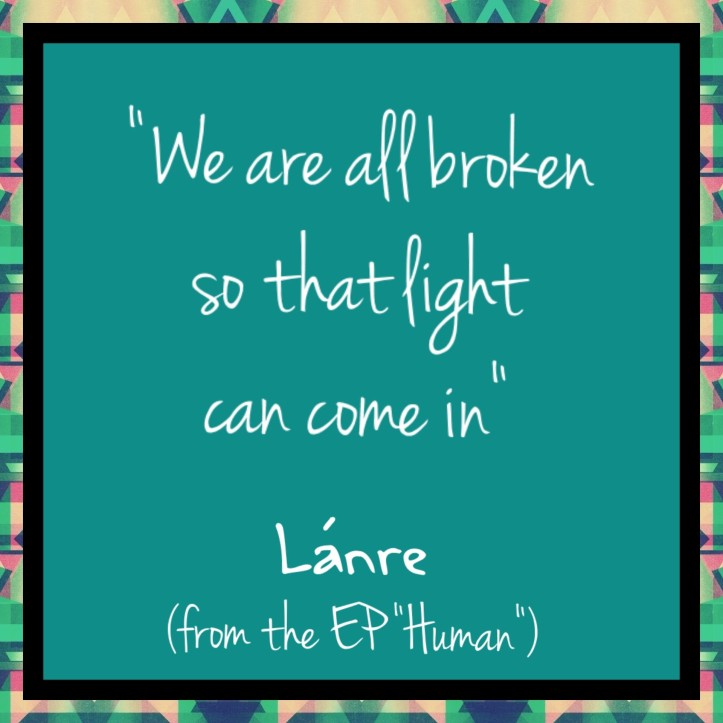 • What is your biggest goal this year?

To write music that connects with people.

• What do you hope to achieve with your new work?

I hope the music will help people find language for their stories.

• Tell us about your recent work and your process in creating it.

My new project is a 4-song EP called ‘Human’ it’s my take on the things that unifies or connects us as people. All songs are written by me but I collaborated with producer Feranmi Ogunseyinde to chape the work into what it is now.

I write music because it somehow helps me to make sense of life.

• Does your music/writing help you in any way?

Writing is always a form of therapy for me, same way I feel when I listen to music that moves me, I always hope deep down that I make the kind of music that moves people the way I am moved.

• Do you hope to create change with your art/music/writing?

Human connection through music is important, it’s the one language that we all speak and I feel a sense of gratitude to be able to create music that people connect with.

• Do you have any particular causes and campaigns your art/music/writing is in aid of, highlights or discusses?

I like to think that in some way, I write for the voiceless, I have written music in the past to for an organisation that supports the research into Alzheimer’s awareness. I’m always looking for opportunity to support organisations that help marginalised people and causes.

• What are your plans for future work?

I hope to continue to share my work where I am afforded the opportunity to do so.

Lánre is a British singer-songwriter whose music can be described as acoustic Soul, Folk with captivating storytelling influenced by her Yoruba heritage. Born in Stoke-On-Trent in England, Lánre has spent most of her youth in Nigeria where she started singing and performing live at the age of 8. Soon enough, she started playing guitar and found freedom in her own voice.

In 2002, Lánre embarked herself on a worldwide tour as a member of award-winning UK collective GK REAL. This experience ignited in her the desire to pursue a solo career. Her debut album ‘Pen Voyage Chapter One: Singing For Change’ was released in 2011 followed by her critically acclaimed EP ‘Home’ in 2014 (praised by MOBO, MTV UK among others).

Her new EP ‘Human’ is set to be released on April 29th. This new record is a collection of uplifting songs, which encapsulates the essence and depth of Lánre’s artistry. Relating the struggles and celebrations of life, ‘Human’ is a hopeful hymn to togetherness.

In the meantime, Lánre has recently unveiled the title track ‘Human’ whose signature phrase ‘We’re all broken so that light can come in’ showcases once again her determination to offer the listener inspiring words to hold on to.